Yang Yongfang used to take the bus to work. But, these days, when she takes a look at the bus, all she sees is "a big box full of people,all breathing in there. It seems very unsafe."

And that means SARS. So Yang got out her bicycle and dusted it off. Other Chinese who, until recently, appeared to be moving away from the old mode of transportation, seem to he back riding as well.

Of course, there's no shortage of bikes. There were plenty long before SARS showed up. But in recent years, private care have been growing in large numbers, crowding bicycles off the streets in some of the biggest cities. Now SARS has brought the bicycle traffic back. Crowded trains and buses look less attractive(吸引人的).

However, if bike sales continue upward, it could become a nightmare (噩梦)for traffic planners, who had to contend with the often deadly clash between bikes and motorized vehicles. Shanghai officially sees nearly one traffic-related bicycle death a day, a figure that many people here say is probably an understatement (少报).

A. was tired of going to work by car

B. went to work by bike

C. had already sold her bike

D. went to work by bus

2. More and more people in Shanghai are beginning to ride, because______.

A. riding a bike is much more convenient

B. riding a bike costs less than taking the bus

C. they care more about their health

D. the government has been encouraging them to do exercise

A. is strongly against B. is for

C. shows no opinion of D. is worried about

4. What is the best title for the passage?

A. Bikes Sell Well in Shanghai.

B. The New Fashion.

C. Back to Nature. 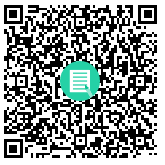