Known as “City of flowers and fruits” and “hometown of fish and rice”, Zhangzhou is a historic and cultural city, famous for its rich produce. It produces a lot of “6 famous fruits” (tangerines, lichis, bananas , longans, pomelos, and pineapples) and “3 famous flowers” (Narcissus, camellia, and orchid), as well as valuable seafood, including prawns, groupers, abalones, lobsters, mud crab, scallops, oysters, mud clams and squids. Narcissus, medicine “Pianzihuang”, and “Inkpad” produced locally are known as “three treasures” of Zhangzhou”, famous both in China and abroad. The tourism handicrafts of puppet carving, seashell pictures and jade carvings of the nine-dragon wall are very popular among Chinese and foreign tourists. Zhangzhou is a famous hometown for the overseas Chinese and Taiwanese. Over 700,000 people from Zhangzhou are now living in Hong Kong and Macao. About one third of the population in Taiwan is originally from Zhangzhou. It has become a destinatio n of pilgrimage and paying visits to their native hometown for the overseas Chinese and Taiwan patriots.

National AAAA scenic site, it is located at Makou Town, the northeast of Zhangpu County, Zhangzhou, Fujian Province. Covering an area of 7800 Mu, it is the largest modern ecological agriculture park and the largest flower producer in Fujian Province. It is a multi-functional ecological tourism base which integrates flower trading with shopping, recreation, sightseeing, ecological tourism, outdoor exercise and training. Inside the scenic spot, there is a flower museum, a nursery, a scientific park, a service park and the main exhibition hall. Facilities for recreation are available for archery, swimming, angling, and boating. There is also a flower supermarket and a holiday resort. Fresh melons and fruits, seafood, and local delicacies are served al l year round.

The national geological park is located along the coast of Zhangpu and Longhai of Zhangzhou Municipality, Fujian Province.

Covering an area of 100 km 2 , it is a typical Age 3 volcano geographical park, composed of “two mountains, two islands and three bays”. The geological geomorphologic terrain was formed by the central eruption of the volcano and the wind and sea erosion between 28.61 million and 15.41 million years ago, due to the movement of Himalayas. It reflects the movement of the new generation of volcanoes and the involvement of the geological structure in the west Pacific Ocean. A batch of physiognomic wonders, such as the volcano outlet in the shape of eight dia grams (for fortune telling), “plum flower pole”, the column of bubble holes, corals, fish-scale shaped stone water fall, sea eroded caves, sea eroded cliffs have been created by nature, hence the name of marine terra cotta.

National AAAA scenic spot and national agriculture demonstration site, it is Located at Pantuo Township, the side of No 324 State highway, the west of Zhanpu County. Tianfu Group’s headquarter covers a ground space of 80 MU and is the largest tea museum in the world. It consists of four exhibition halls: the main exhibition hall, the Classroom for the Chinese tea art, the hall for Japanese tea, and an art gallery. The main exhibition hall displays the tea culture of the world, the history of Chinese tea development, the procedure of tea processing, tea art and tea-ware, tea poems/paintings, and tea and health. The statue of the “Fire seed passed from one generation to another”: Standing at the entrance of the temple, the statue is unique in design . It displays an cow pulling a cart with a calf and the old is teaching the young how to work, indicating the tea culture passed from one generation to another. The classroom of the Chinese tea art: Each day there are 5 -6 shows of the tea art and tea courtesy of different Chinese ethnic groups from different dynasties. 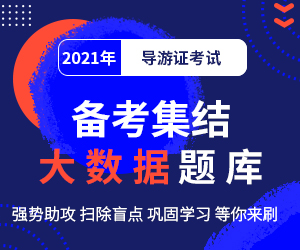